For the second installment of the Camel Book Club, the focus will continue to be on books that serve as a good introduction BACK into reading. For people that already big strong reading muscles in their head meat, take comfort that this list is full of nothing but cunning and intriguing writing.

What Kind of Fiction?

Fiction is a very big genre with many sub-categories: mystery, science fiction, realistic fiction, and metafiction, just to name just a sliver. The suggestions below are not too much of any one category. For example, if there is a bit of dystopia in a book, it is not so much that it will make you paranoid of your neighbors, but just enough to aid the objective of that given story. The road between genres is a non-threatening one full of great books whether they were written yester-decade, or are a new release.

"Belly Up" by Rita Bullwinkle - This collection of short stories is sometimes serious, sometimes surreal, always clever, and studded with tons of humor. "Belly Up" is a collection that can satisfy whatever mood you’re in, no matter how long, or short, your attention span is at any given moment.

"Visit From the Goon Squad" by Jennifer Egan - Jennifer Egan's first book reads like the mind of a people-watcher in a large city, if only they could follow the city-dwellers around like an omniscient fly. The story begins following a single character and blooms into the intertwining lives of several main characters, each worthy of their own novels: a light-kleptomaniac hired to assist a party-friendly music producer a generation her senior, for example. Not to mention, it won the Pulitzer Prize back in 2011. Recommended for appreciators of shows like Fleabag, and Better Things, as well as anyone who digs nostalgia-related shows.

"The First Bad Man" by Miranda July - Currently, any book July puts out is almost guaranteed to be a New York Times bestseller. There's a reason for that: she has a way of appealing deeply to audiences through multiple written-based mediums like screen and print. So what is the appeal? Well, you'll have to read this or any of her earlier works to find out. Recommend to people who are fascinated by social modernity in a non-academic way.

Fiction with a Slight Edge

"Candy House" by Jennifer Egan - The newest book on this list and from a familiar author. For "Candy House," Egan attempts a peppering of dystopia, being inspired by the minds of people like Jaron Lanier. Imagine a world where you are given the opportunity to download all of your memories and exchange some of your memories for access to other people's memories. Would you do it? What if everyone else is and you kind of have no choice? Recommend for fans of the shows "Severance," (of course), and "Black Mirror."

"10th of December" by George Sauders - Another collection of highly entertaining short stories, this book reads like the cooler older sibling of the highly additive show, "Severance." It toes the line of Sci-Fi, Dystopia/Utopia, and Slice of Life. Grounded by sentences that string together so effortlessly, before you know it, you've binged the entire collection. Saunders' writing feels both forever-evergreen and written for the now, simultaneously. This is worth mentioning since "10th of December" was published almost a decade ago. Studded with a soft Dystopia opposite of Orwell, it comes more from a place of humor and appreciative ruefulness. Recommend for fans of shows like Atlanta, Severance, and readers of David Sedaris, and Kurt Vonnegut.

"The Every" by Dave Eggers - Although it might not feel like it by the end, "The Every," is, in fact, fiction. Taking place in the near future, this patient thriller follows the journey of a brave soul who attempts to tear down a very familiar-sounding company from the inside. Recommended to fans of Shoshana Zuboff's, "The Age of Survallience Capitalism," that need something a bit more wrapped up in a deliverable, and fictive, package. This is a dystopian thriller that's relatively light on the dystopia until it's not.

Back to the Roots

Let's not forget that the origins of Amazon belong in a garage in Silicon Valley, where self-published authors were known to speak to Papa Bezos directly, and have their work featured on a new type of webpage that would grow to be an eCommerce monolith. Despite the wild growth, Amazon still has an amazing selection of books on the cheap, from self-published thrillers to the latest translations of "Beowolf."

Most of us have fallen out of the habit of reading and getting back into it can feel laborious. However, once that early speed bump is accelerated over, the world of reading, with its many energizing and vital benefits, is as easy to enter as a warm bubble bath. 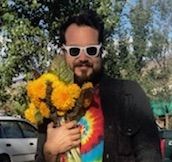